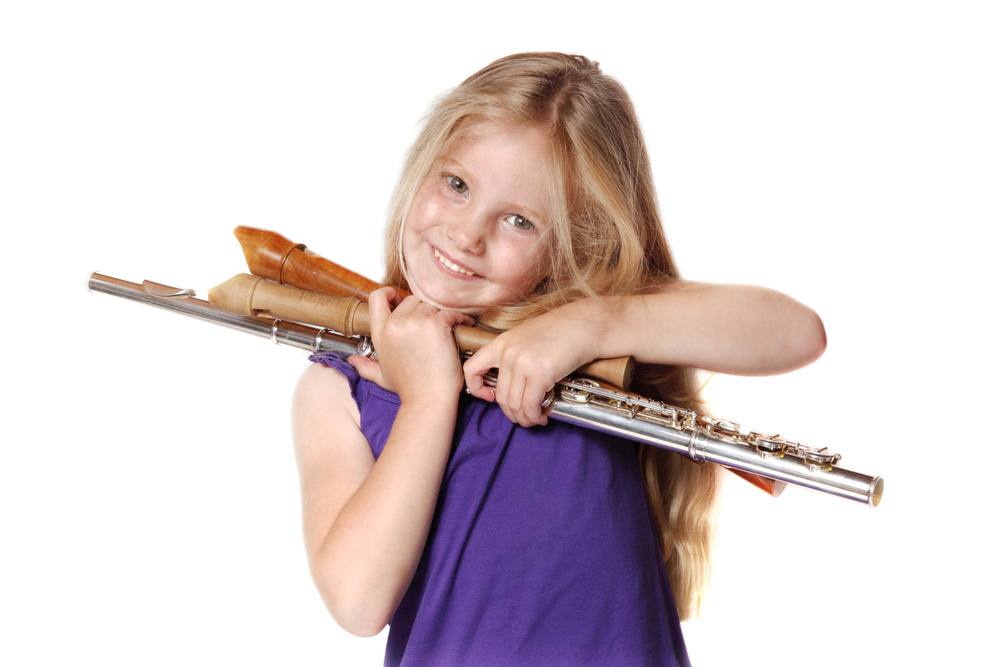 A woodwind instrument is an instrument belonging to the woodwind family. Traditionally they were always made of wood, although some of them are now made of metal or plastic.

In an orchestra there are four main types of woodwind instrument. Each of these also has related instruments of different sizes:

The piccolo is the highest of the four main instruments. The lowest note is Middle C and it has a range of 3 octaves. The piccolo is the smallest and highest instrument in the orchestra. It plays one octave higher than the flute. There is also an alto flute which sounds a fifth lower than the ordinary flute. Flutes are still sometimes made of wood, but mostly they are metal.

The recorder is one of the oldest and most popular woodwinds and has been used to great effect by greats, such as Bach, Telemann and Vivaldi. The general public is normally only familiar with the plastic, child’s version of the recorder, but professional and high-quality recorders are still made of wood.

The saxophone may look like a brass instrument, but it is played like a clarinet and therefore it is a woodwind instrument. It is usually played in bands and jazz groups.

In comparison, brass instruments are all blown in the same way: by blowing against a cup-shaped mouthpiece. This is why the saxophone cannot be called a brass instrument, although it is made of brass.

The way that a player shapes his mouth to blow an instrument is called the “embouchure”. Woodwind instruments have several different embouchures.

In an orchestra there may be two each of flutes, oboes, clarinets and bassoons. In larger orchestras, particularly from the Romantic period onwards, there may be three or four. Sometimes the extra instruments such as the piccolo are used. If, for example, in an orchestral piece the third flute is marked “doubling piccolo”, it means that the person playing flute 3 will also play the piccolo. However, if the piccolo plays at the same time as flute 3 they will obviously need an extra player for the piccolo part.

Woodwind instruments in an orchestra often have short solos. These will be played by the first player (the “section principal”).