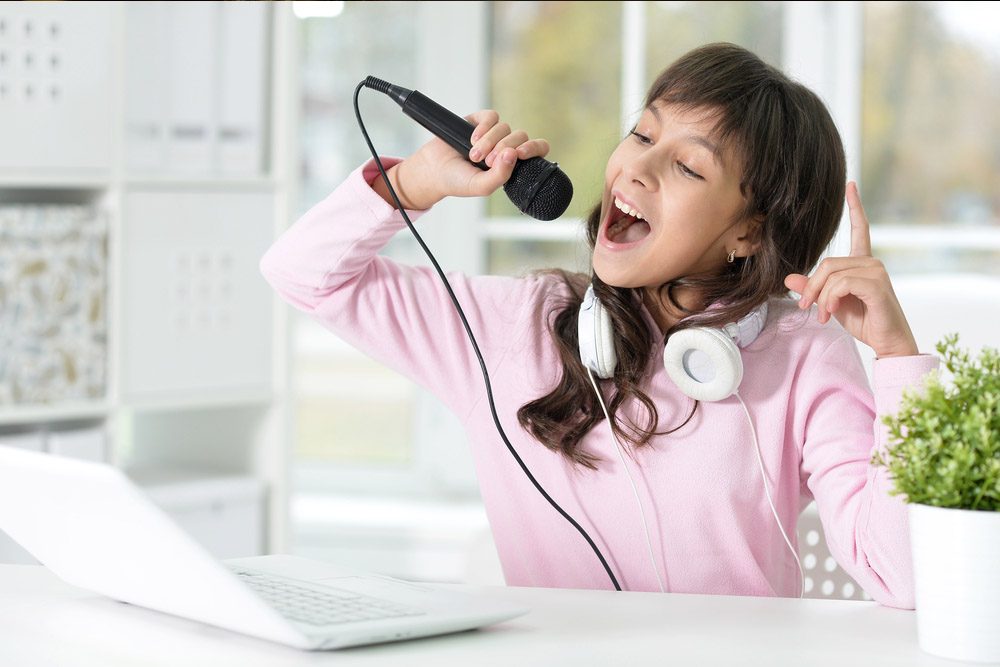 A singer is a person who sings. Anyone who is singing is a singer. Some people do it as a job (professional singer), others may sing without being paid (amateur singer). Singers may sing anything: songs, opera etc. They may be accompanied by an instrument or an orchestra. Some singers also play a musical instrument such as piano, guitar or harp while they sing (they accompany themselves). Singing is important in movies and in the theatre.

The lead vocalist (lead vocal or lead singer) is the member of a band who sings the main solo vocal portions of a song. The lead vocalist may also play one or more instruments, and is usually the “leader” of their group, often the spokesperson in interviews and before the public. The lead vocalist is sometimes referred to as the frontman.

Singers can sing as a solo, or in a group or a choir. Choirs can include gospel, church music and even pop songs where there are usually two groups of singers, soprano and alto. Sopranos have a higher range and altos have a lower range. Combining these two can create various harmonies which add textures to songs and make them more interesting to listen to.

People who want a career in singing should start young. This means having lots of experience in music, including being able to read music and learning to perform music with other people. Serious vocal training should only begin when the body is more mature (mid- or late teenager).

People may feel like singing for various reasons. They may want to share their feelings with other people. They may be feeling happy about something, or sad, or excited, frustrated or angry. Singing is an art in which mood is expressed through the voice.