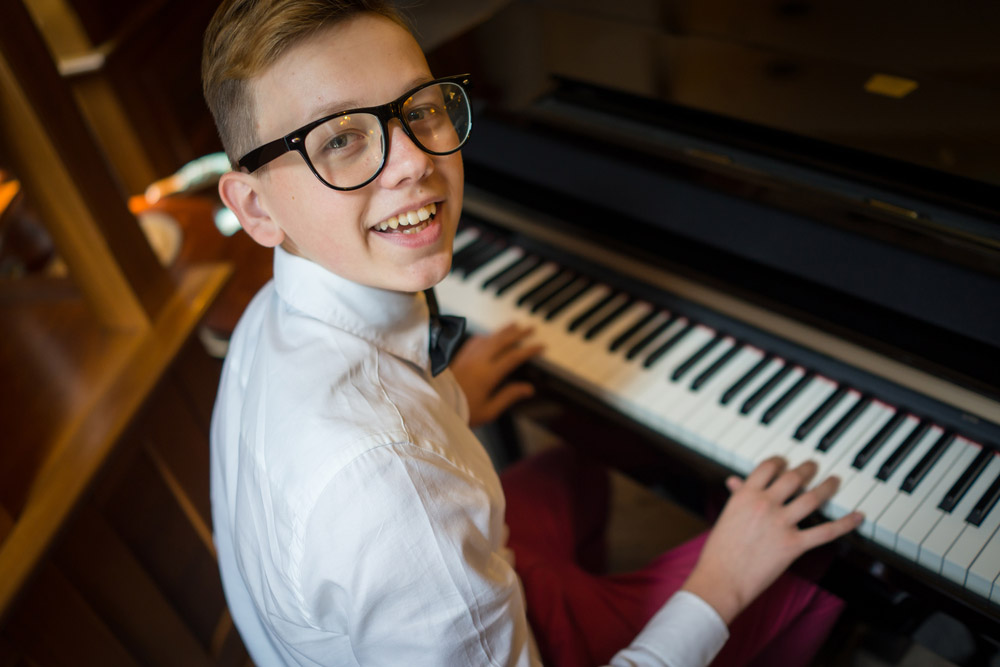 Classical music is a very general term which normally refers to the standard music of countries in the Western world. It is music that has been composed by musicians who are trained in the art of writing music (composing) and written down in music notation so that other musicians can play it. Classical music may also be described as “art music” though it was not good in classical period that term also includes types of serious modern music which are not classical. Classical music differs from pop music because it is not made just in order to be popular for a short time or just to be a commercial success. It is different from folk music which is generally made up by ordinary members of society and learned by future generations by listening, dancing and copying.

The piano (or pianoforte) is a musical instrument with a keyboard. A normal piano has 88 keys. Pianos use the keys to move hammers that hit strings inside, making a sound.

Pianos come in two basic types: grand pianos and upright pianos. The piano has been an extremely popular instrument in Western classical music since the late 18th century. A person who plays the piano is called a pianist.

The piano was invented by Bartolomeo Cristoffori of Padua, Italy. He made his first piano in 1709. It developed from the clavichord which looks like a piano but the strings of a clavichord are hit by a small blade of metal called a “tangent”. In the piano the strings are hit by a block of wood called a hammer. The early keyboarded instruments, such as the clavichords, harpsichords and organs that were used at that time, had a much shorter keyboard than they do today. Gradually the keyboard became longer until it had the 88 notes (7 octaves plus three notes) of the modern piano.

At first the instrument was called the “fortepiano”. This means “loud-soft” in Italian. It was given this name because it could be played either loudly or softly, depending on how hard the note was hit (the harpsichord could not do this, and the clavichord could only make a tiny difference between louder and softer). Later this name changed to “pianoforte”. This is normally shortened to “piano”. The word “fortepiano” is sometimes used to describe the pianos of the late 18th and early 19th centuries. In some languages, such as Russian, “fortepiano” is the normal word for a piano.