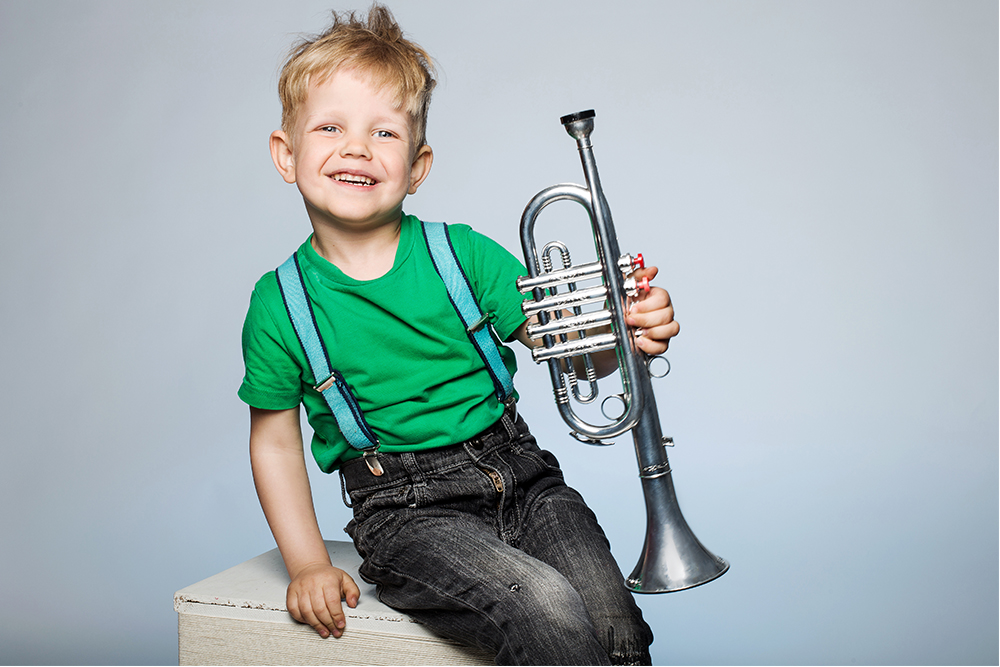 There are several factors involved in producing different pitches on a brass instrument. Slides, valves, crooks (though they are rarely used today), or keys are used to change vibratory length of tubing, thus changing the available harmonic series, while the player’s embouchure, lip tension and air flow serve to select the specific harmonic produced from the available series.

The view of most scholars (see organology) is that the term “brass instrument” should be defined by the way the sound is made, as above, and not by whether the instrument is actually made of brass. Thus one finds brass instruments made of wood, like the alphorn, the cornett, the serpent and the didgeridoo, while some woodwind instruments are made of brass, like the saxophone.

Modern brass instruments generally come in one of two families:

There are two other families that have, in general, become functionally obsolete for practical purposes. Instruments of both types, however, are sometimes used for period-instrument performances of Baroque or Classical pieces. In more modern compositions, they are occasionally used for their intonation or tone color.